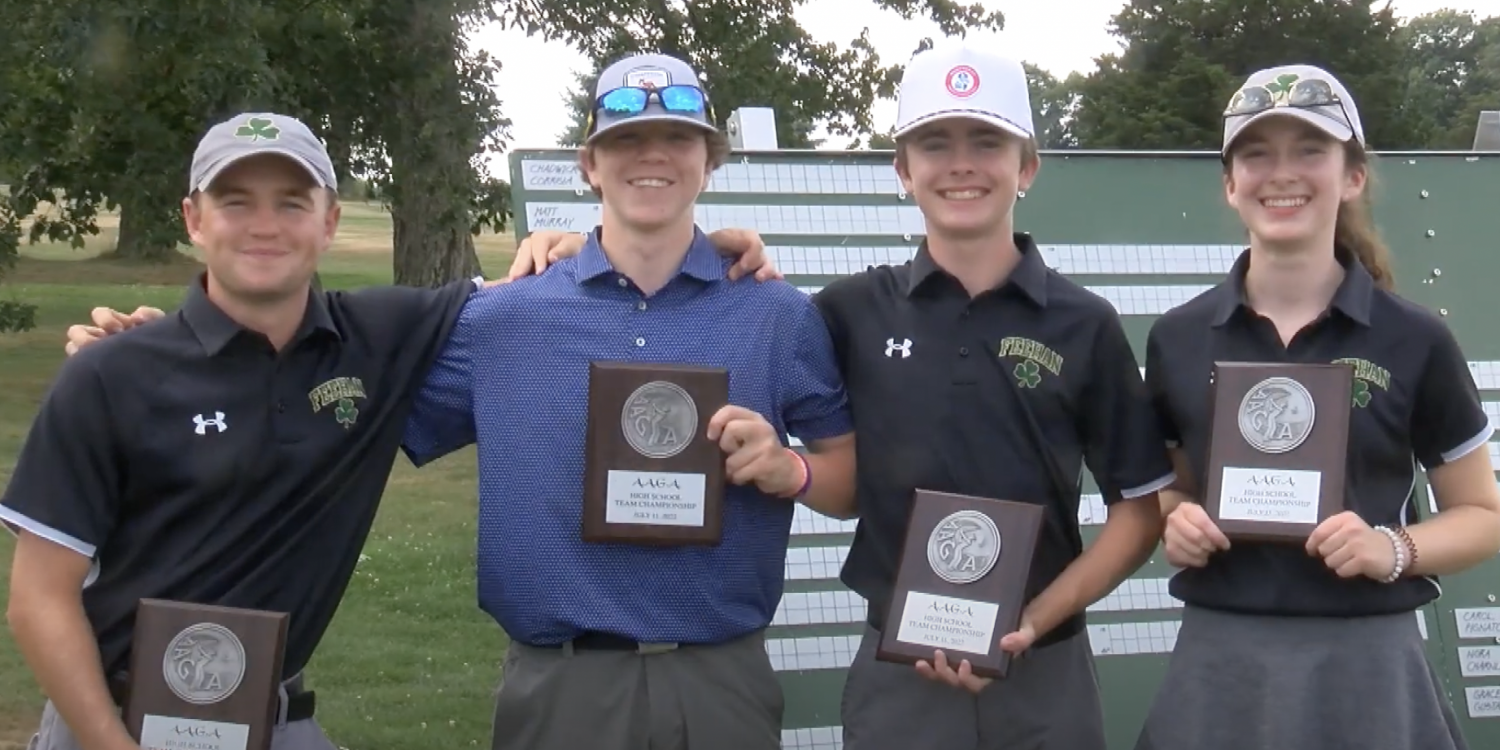 The Shamrocks, who practice and play their matches on the Plainville course, walked off with most of the hardware: Chad Correia captured the boys’ total with an even par round of 71, Carol Pignato took the girls title with a score of 82 and the team of Correia, Pignato, Matt Murray and John Kane combined for a 12-shot victory over second place North Attleboro in the high school shootout.

The four players from Bishop Feehan spoke to North TV after Monday’s round.

AAGA co-presidents Bobby Beach and Bob Gay will be in the North TV studio on Wednesday to discuss the upcoming AAGA Qualifying Round, this year’s hall of fame inductees, scholarship winners and more.

That edition of “Inside Look” will premiere on Friday, July 22 on North TV's Community Channel.