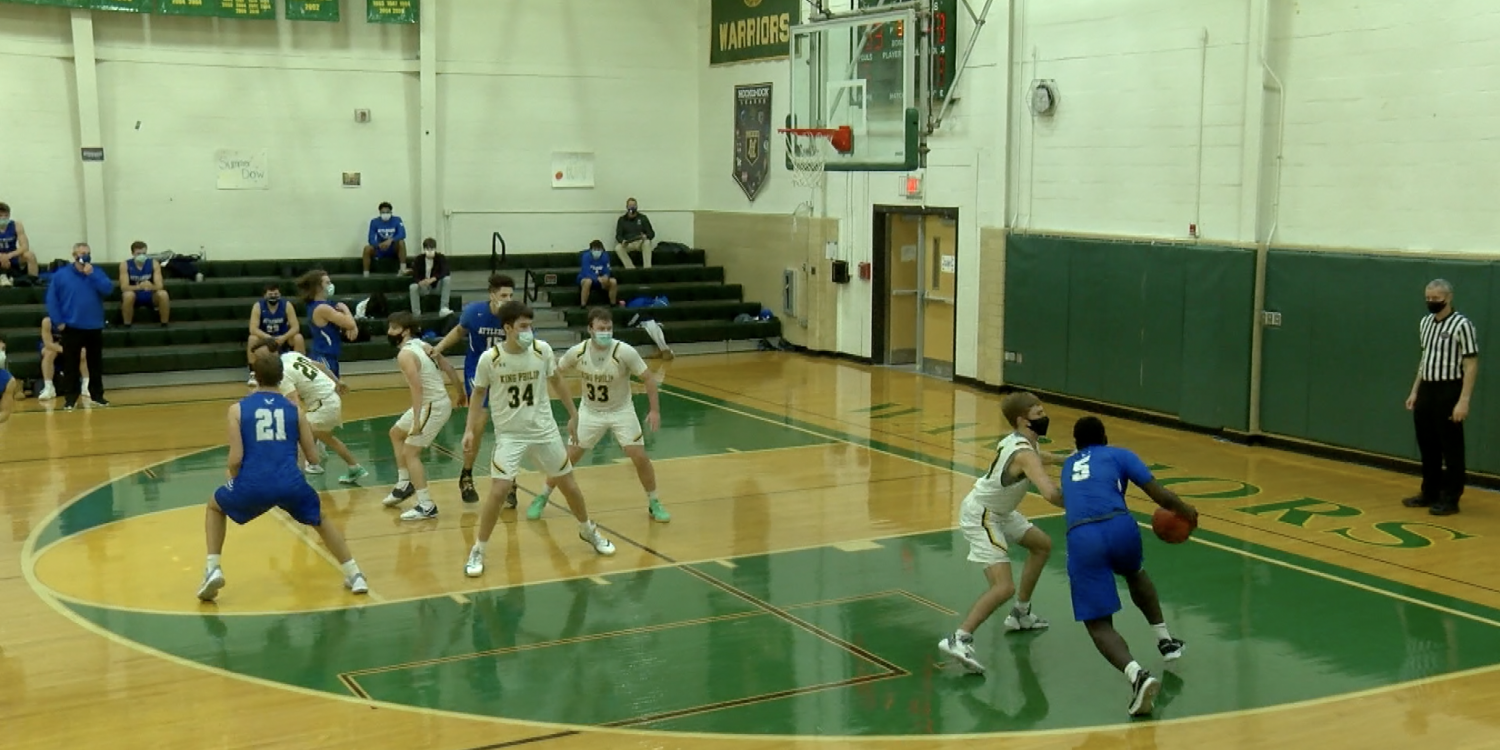 WRENTHAM – Executing the fundamentals proved beneficial for both Attleboro High School basketball teams Sunday, as the boys and girls fended off strong efforts by King Philip to post victories in a Hockomock League hoop doubleheader at KP.

The Attleboro boys outscored upset-minded KP 25-21 in the fourth quarter of their 71-58 victory in the day’s first game.

The Bombardier girls rode a 19-8 second quarter to prevail through a second half of basket-trading, posting a 64-50 triumph over the host Warriors in the nightcap.

It marked a four-game sweep of weekend basketball for Attleboro, the back-to-back doubleheaders forced by COVID-19 protocols. Saturday at Attleboro, the Bombardier boys posted a 73-56 win over KP, while the AHS girls followed with a wild 78-60 triumph over their Warrior counterparts.

Fatigue did not appear to be a factor in either of the fast-paced games Sunday.

Buoyed by Alvin Harrison’s six points and three pointers by Evan Houle (two), Alec Eaton and Trevor White, Attleboro (6-2) gained control toward the end of the first quarter in the boys’ game. But the Warriors pumped in four 3-pointers in the second quarter for a 15-13 edge and a 35-29 deficit at the break.

The pace slowed in the third quarter, but King Philip persevered despite foul trouble to leading scorers Will Lapointe and Danny Clancy. The Warriors trailed by just nine entering the final eight minutes, and Clancy and Laplante combined for 18 points in the last quarter.

But a combination of good passing to free Harrison and White in the paint for four baskets, and 9-for-13 shooting at the foul line, enabled the Bombardiers to maintain a comfortable, if occasionally precarious, lead until the final buzzer.

Justin Daniels had 19 points, Houle 16 and Harrison 12 for the Bombardiers.

Laplante, a promising sophomore guard, reached 21 points for the third straight game for the Warriors (0-8). John Silveria added 14 and Clancy 12.

In the girls’ game, Attleboro figured out KP’s pressing tactics late in the first quarter and were able to find the open player for short-range baskets thereafter, on the way to a 32-20 lead at the break.

King Philip, using its five-player substitution rotation to keep up the pressure on Attleboro’s guards, made several runs but could not gain any ground because their double-teaming tactics would often leave Meghan Gordon, Emma Reilly or Ryan Johnson open for good looks at the basket.

The teams matched each other in the fourth quarter, 14-14. Senior guard Emma Glaser had seven points and 6-foot-3 sophomore center Emily Sawyer six for KP in the quarter, but six different Attleboro scorers were able to blunt any hopes of a KP comeback.

Both KP teams are scheduled to play at Taunton this week, the girls on Tuesday and the boys on Thursday, before the final boys-girls doubleheader of the season on Feb. 7 in Wrentham.

Click the links below to view highlights of Sunday's double-header: