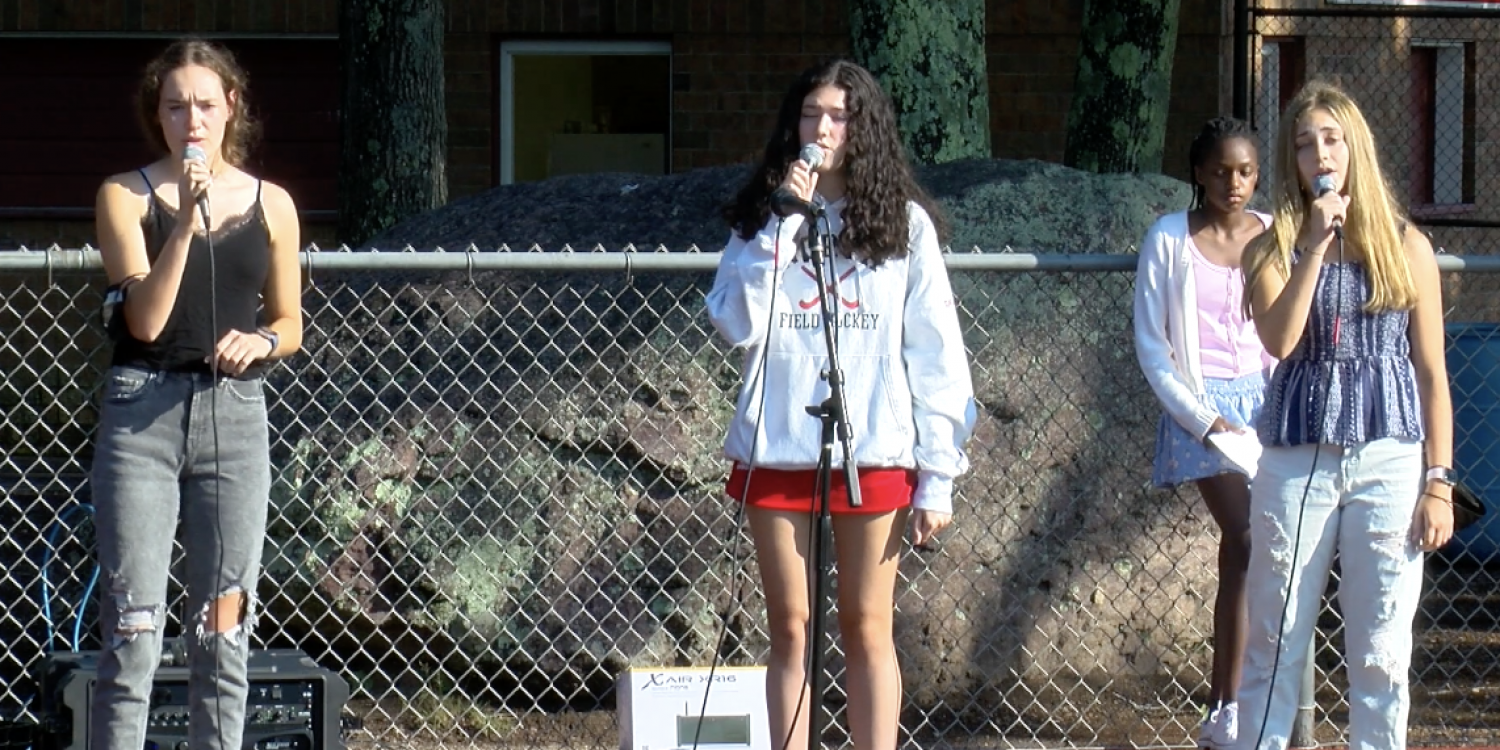 NORTH ATTLEBORO - High school students and staff took part in a remembrance ceremony Friday morning to honor and remember the losses that occurred and sacrifices that were made on and as a result of terrorist attacks on September 11, 2001.

The brief ceremony was held at the Kyle Van De Giesen flag pole on the high school’s Beaupre Field. The 1998 NAHS graduate lost his life on October 26, 2009 in a midair helicopter crash in Afghanistan,

Click the video below to stream highlights on Friday's ceremony.

The short ceremony can be seen in its entirety beginning September 19 on North TV’s Education Channel: Comcast channel 9 and Verizon channel 22.

The town of North Attleboro’s remembrance ceremony will be held this Saturday morning, September 11 at 9 a.m. on the Baptist Common.