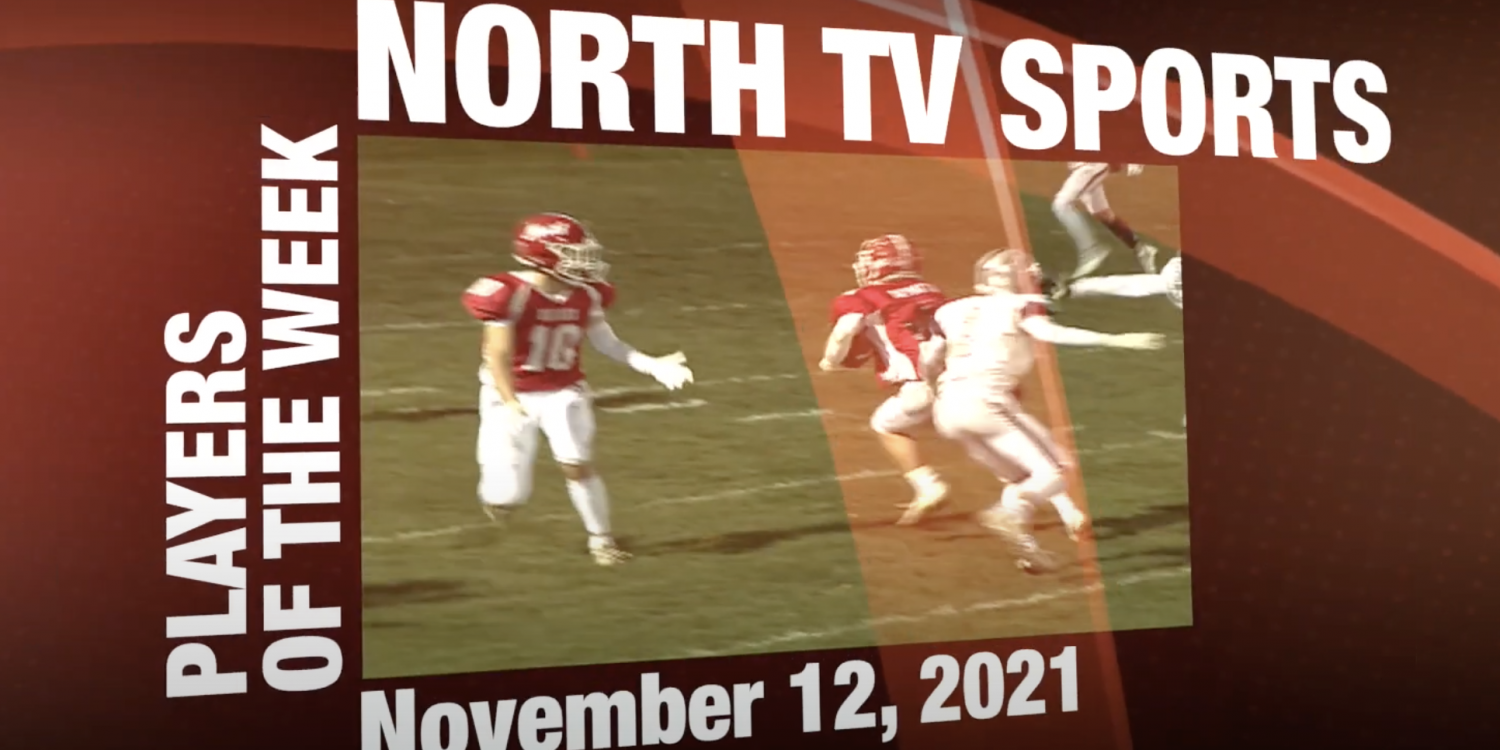 Playoff Players of the Game announced

NORTH ATTLEBORO - The North TV sports team was busy last Friday night with not one but two first round football playoff games.

We were at North Attleboro’s Community Field for the Red Rocketeers 48-6 pounding of Plymouth North.

We were also at King Philip’s Macktaz Field for the Warriors 35-0 crushing of Chelmsford.

King Philip piled up 332 yards of offense, most of it on the ground thanks to the blocking of 6’1” 240 pound senior Amro Ismail, number 71, and 6’6” 255 pound junior Christopher Sesay, number 74 on the right side of the line. The pair were named out North TV Co-Players of the Game.

Tyler, Amro and Chris will each receive personalized DVDs of their games and a Player of the Game t-shirt in their school colors.

Click the video below to stream highlights of this week's Players of the Game.