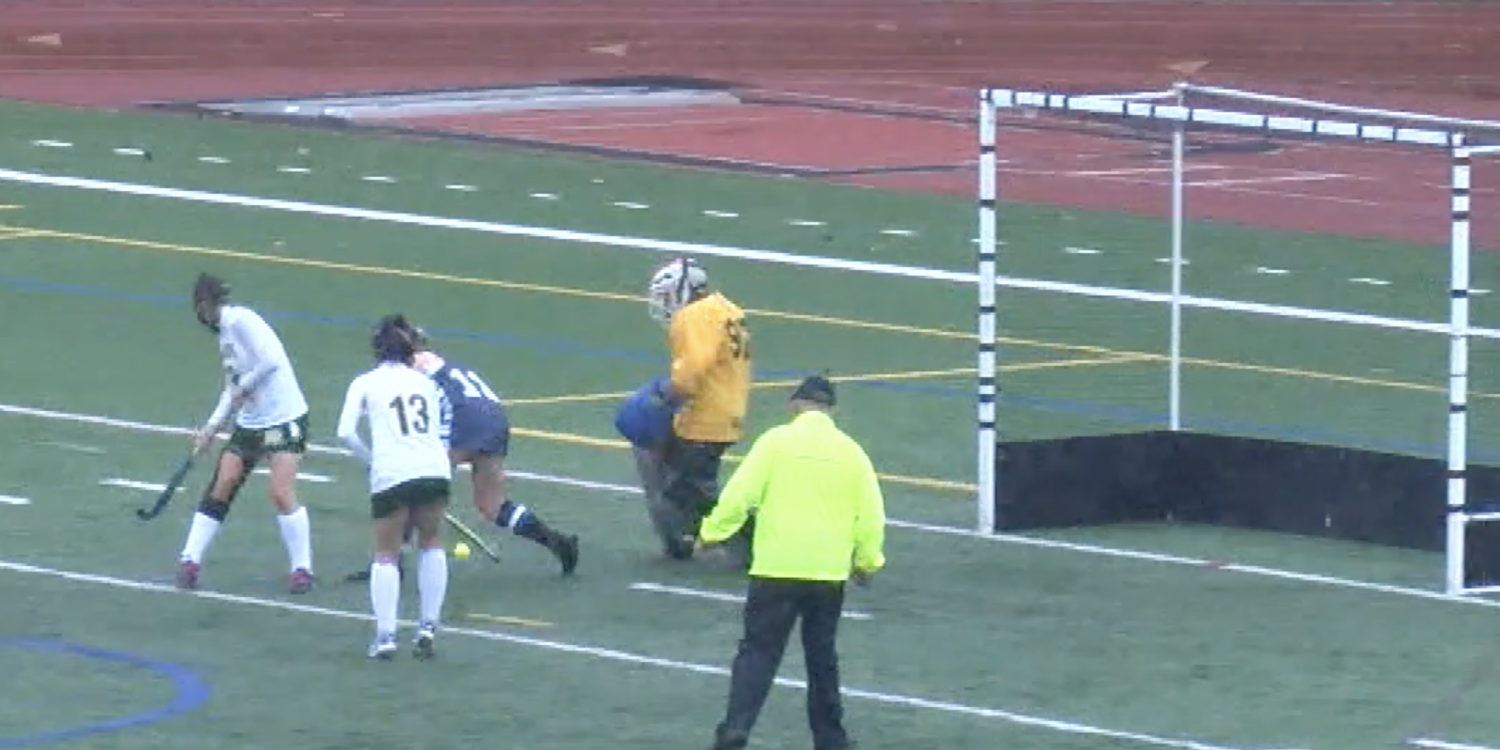 WRENTHAM - A fourth quarter goal from Isabelle Crocker was not enough for the King Philip Warriors field hockey team, as they fell for the first time this season, 2-1 to Franklin, Tuesday night at Macktaz Field.

Franklin pounced into the lead in the first quarter, after a deflected shot dropped into the path of senior forward Amanda Lewandowski to fire into the back of the net.  The Panthers stayed on the offensive for the rest of the first half, but were denied more scores from a handful of acrobatic saves from K.P. senior goalkeeper Maddie Paradis.

The acrobatics could only hold off the Panther's attack for so long.  After the halftime intermission, Franklin doubled their lead with Lewandowski rolling a ball across the face of the goal for senior classmate Stephanie Bell to slam home past a helpless Paradis.

The Warriors made things interesting midway through the final 15 minute period.  Isabelle Crocker scored a highlight goal, dribbling past multiple Panthers defenders before beating Franklin goalie, Neilee Hess, through the five hole to cut the lead back down to one.  Crocker’s goal was the first goal scored allowed by Hess and the Panthers defense this year. The solo effort was enough to earn Crocker North TV Player of the Game honors.

King Philip drops to 2-1 on the season and will turn around and travel to Franklin on Thursday for a rematch with the Panthers.

Click the link below to view highlights of Tuesday night's game: