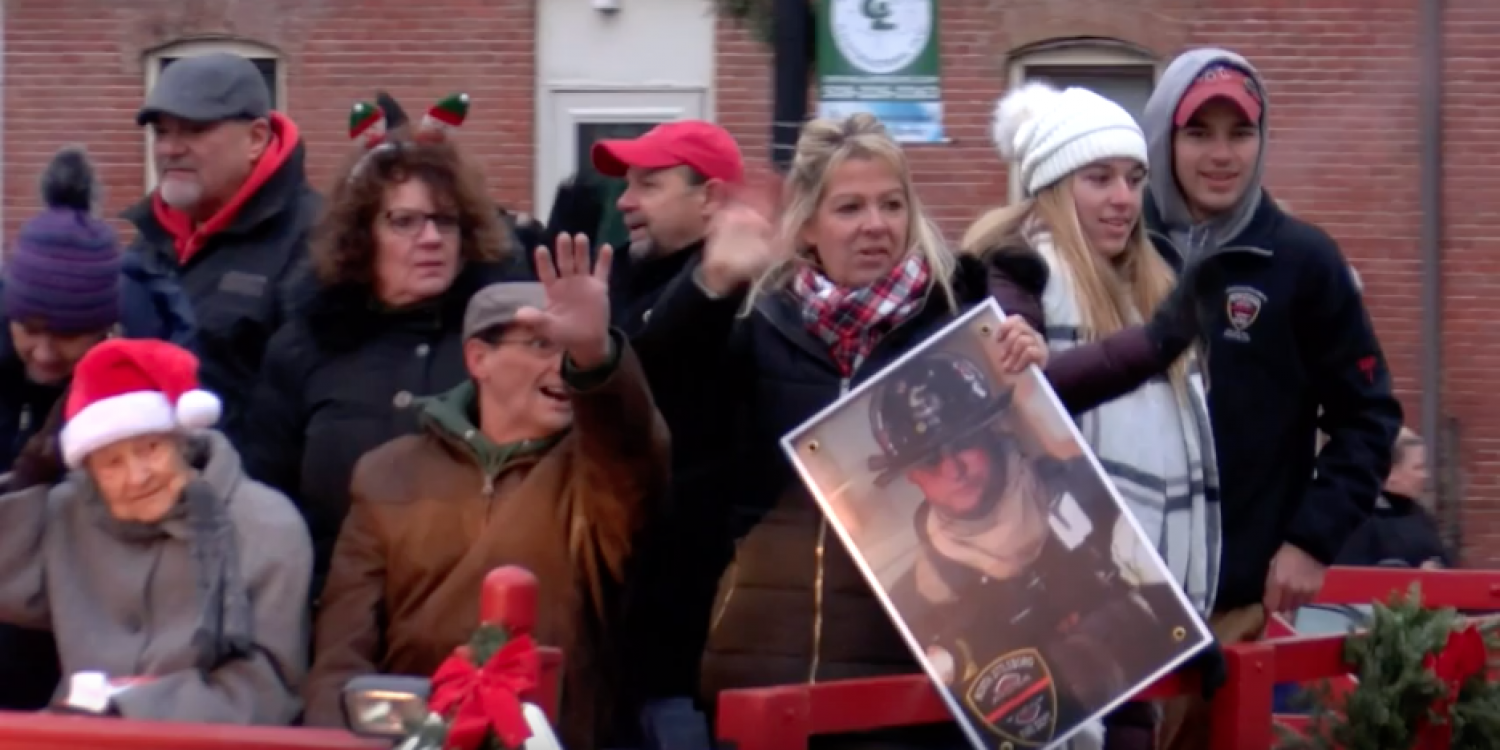 NORTH ATTLEBORO – ’Twas the Sunday after Thanksgiving, when all through the town, not a resident was unhappy, not even a frown.

On a cold, windy day with a 60-hour snowstorm in the forecast, hundreds of residents of all ages turned out for the 64thannual Downtown Associates of North Attleboro Santa Parade.

The parade was led by the grand marshal – the family of the late Chris Cornetta, a 51-year-old North Attleboro firefighter who died in a snowstorm this past March.  It was an emotional scene as his wife and two children held up a large photo of the North Attleboro native while spectators paid their respects.

At the conclusion of the parade, a light snow started to fall, and even bigger reminder that Christmas is just around the corner appeared.  A smiling Santa Claus arrived aboard an old-fashioned fire truck to the cheers of the crowd.

“Ho, ho, ho and Merry Christmas,” he exclaimed as he drove out of sight, after lighting North Attleboro’s Christmas tree lights.

Click below to view highlights of the 2019 DANA Santa Parade: